Somebody hit a pedestrian in South Redding and fled the scene earlier this month, and Redding Police are hoping for a break in the case. At 10:37PM the night of May 2nd, the victim was struck by a minivan in the area of Highway 273 and Westwood Avenue. There’s likely damage to the driver’s side front bumper. An image has been recovered from nearby video surveillance, allowing investigators to identify the gold minivan as either a Dodge Caravan, a Chrysler Town and Country or a Plymouth Voyager between the years of 1996 and 2002. 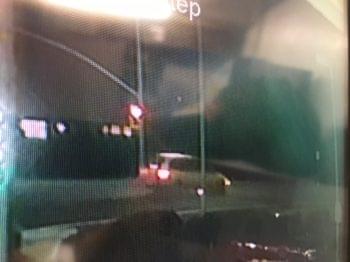